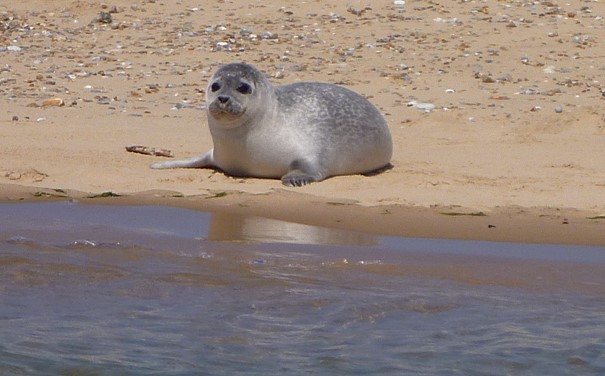 In the summer 2015 we visited some friends and family in England but also went to Blakeney Point to see the seals and go crabbing.

We drove away from our campsite towards Blakeney. We arrived and bought some crabbing nets. We then found the seal watching boats and booked a tour. The reason the seals where on the bay at this time of the year was because they were molting. The species found here were grey seals and harbor seals (pictured above.) Before arriving to the bay we did see some seals in the water that where playing around. In the distance you could see a line of red boats all from the same tour company. Apparently the tour company had bought a section of the bay where all the seals molted meaning that no other tour companies or rouge sailors could get in the way of us making for a well organized trip. Unlike most of the animals we see, I didn’t care about photographing a big male, instead all I wanted to see was a cute seal pup. We approached the line of boats and quickly joined it. The seals seemed to pose at the camera by kind of clapping like you see them do in zoos. As we approached the end of the line I saw a cute harbor seal pup that made for a cute and funny photo!