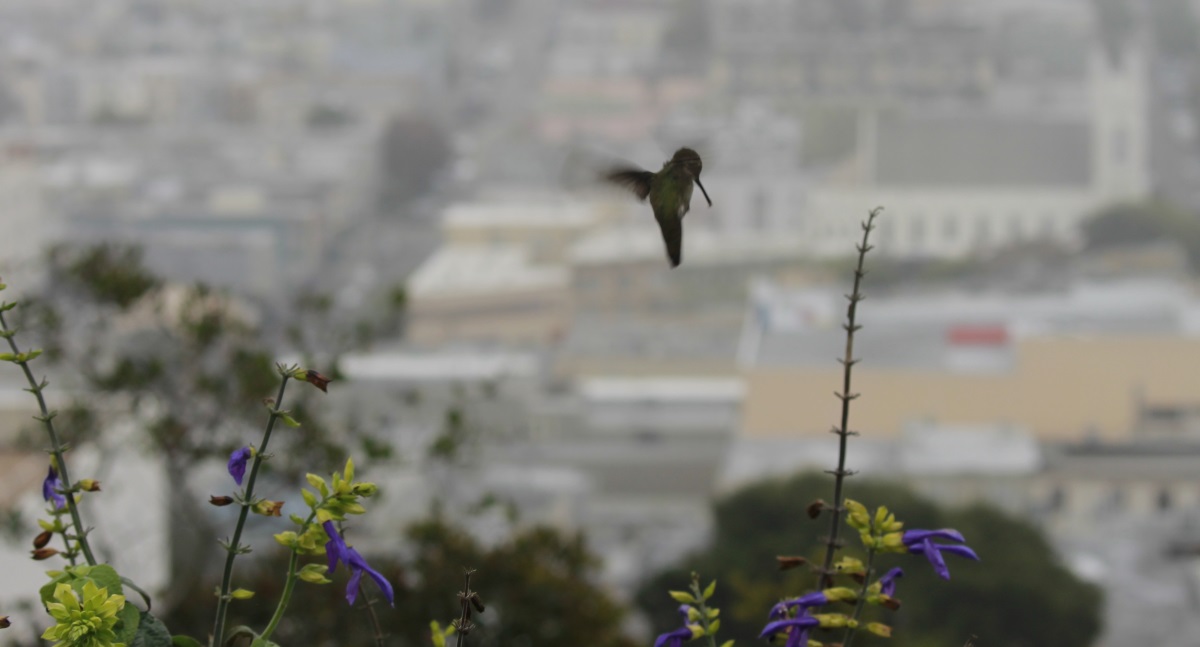 During the summer of 2017 we went to California and while we were there we saw some pretty cool but sad things. We found out that there were some hummingbirds in a nearby park so we went to investigate.

We left the hotel early and walked towards the park in which they had been sighted in. We arrived and looked around unsuccessfully for the hummingbirds. It didn’t look like the ideal setting: cars, tall buildings, loud police cars and fire engines, screaming kids, big dogs ETC.

After a while the crowds cleared up and cars left to reveal a beautiful pair of hummingbirds. We tried to trick our minds into thinking nothing could live here and that the sightings were just misconceptions from an amateur birdwatcher or even a hoax. Seeing the pair of beautiful birds made me happy but at the same time, sad. It was wonderful to see them there but I would much rather have seen them in a forest and I am sure the birds would have to. This reminded me of the scene in Planet Earth II where Indian leopards hunted close to the city and in the background you could see the buildings of Mumbai. It was a cool and weird place to see leopards hunt but at the same time, it was far from ideal. It was the same case for these birds, Id liked to see them, but just not in front of a massive city like San Francisco.