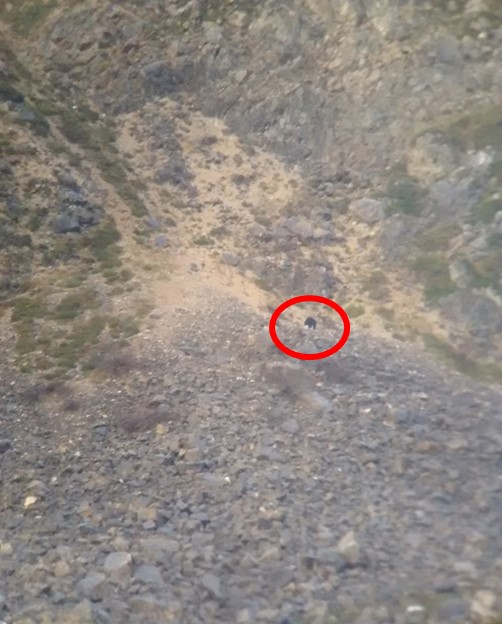 We arrived at the village after leaving our luggage at the hotel, which to my surprise, had heating, and like always, a few minutes after we arrived we were already walking on a mountain trail looking for a bear. There wasnt really a certain place the bears had been seen so all we could do was scan the entire valley. For two days we did just that but we were unsuccessful. On the third day I had given up and went to spend the day exploring the village and eating Halloween sweets from the night before I found a big cow market and spent the rest of the day there. At around 3:00 I went back to the hotel to pack the bags. We set off at 5:00 and before leaving the town, we parked at the bottom of a hill and scanned the treeline. For ten minutes my dad hopingly looked through the telescope than said ”get out the car boys”s I sighed and stopped the plants vs. zombies game I was playing and asked if he had seen some more chamois goats. He looked at me with a relieved smile and answered its a bear. I hopped out the car and ran to the telescope and, with some guidance; I spotted one of the rarest species of moving black dots in the world.