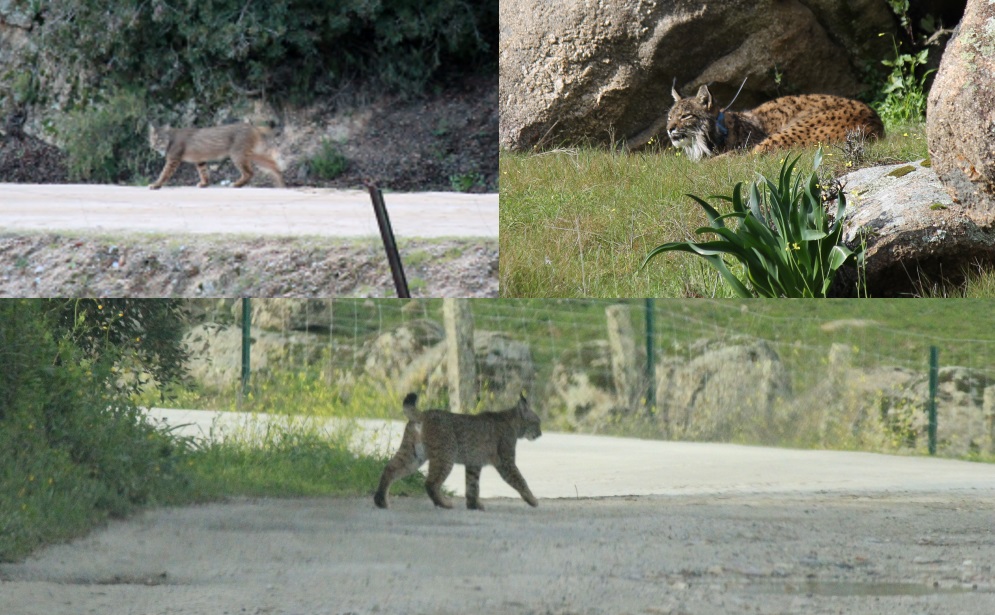 In the half term holiday of 2015 we went to Andujar in Spain to try and see the Iberian lynx. We went there because a friend had been and said that he had seen one on the fifth day of his 5 day trip.

We arrived at the hotel and like usual we left our bags and within a few minutes of arriving we were in the car driving to the location our friend had spotted the lynx. We passed a fighting-bull farm and within 10 minutes of arriving we were at the recommended destination. We scanned the valley for about five minutes. After minutes of looking we decided to move up the road to another spot and as we buckled up we looked forward to see a distinct cat like shape moving  across the road. Nailed it. My brother held his finger on the camera as the device made a machine gun-like sound. When we reviewed the footage later it looked like a stop motion while flipping through the trillion pictures that we took in only five seconds of the lynx appearing and disappearing out of nowhere.

The story of the second lynx was that we were driving to the destination of the first lynx on the third day when we passed a man. He saw our car coming and immediately faced his telescope in another direction as if he was hiding something. This was suspicious so we drove by slowly and stared at the spot the telescope was originally facing and as we were about to leave the scene, I saw a cat shaped head and screamed lynx! luckily the window was closed so the lynx didn’t hear me. We backed the car up and scanned the spot again and there, to our delight, there was yet another lynx.

My mom is a teacher and therefore missed the first 3 days of our holiday at work so when she arrived we were eager to find a lynx for her. We drove down the road we had seen the first two lynx. Further up the road was group of parked vans that grabbed our attention. We drove up to the group and got out the car, whilst a man helpfully showed us where the lynx was. At the start you could just see its distinct pointy ears that the lynx is famous for, but then it got up and walked down the hill as we prepared the camera. The cat walked across the road and we got a nice picture, I don’t know if it’s ever been done before but we had completed and photographed an Iberian lynx hat trick in five days!