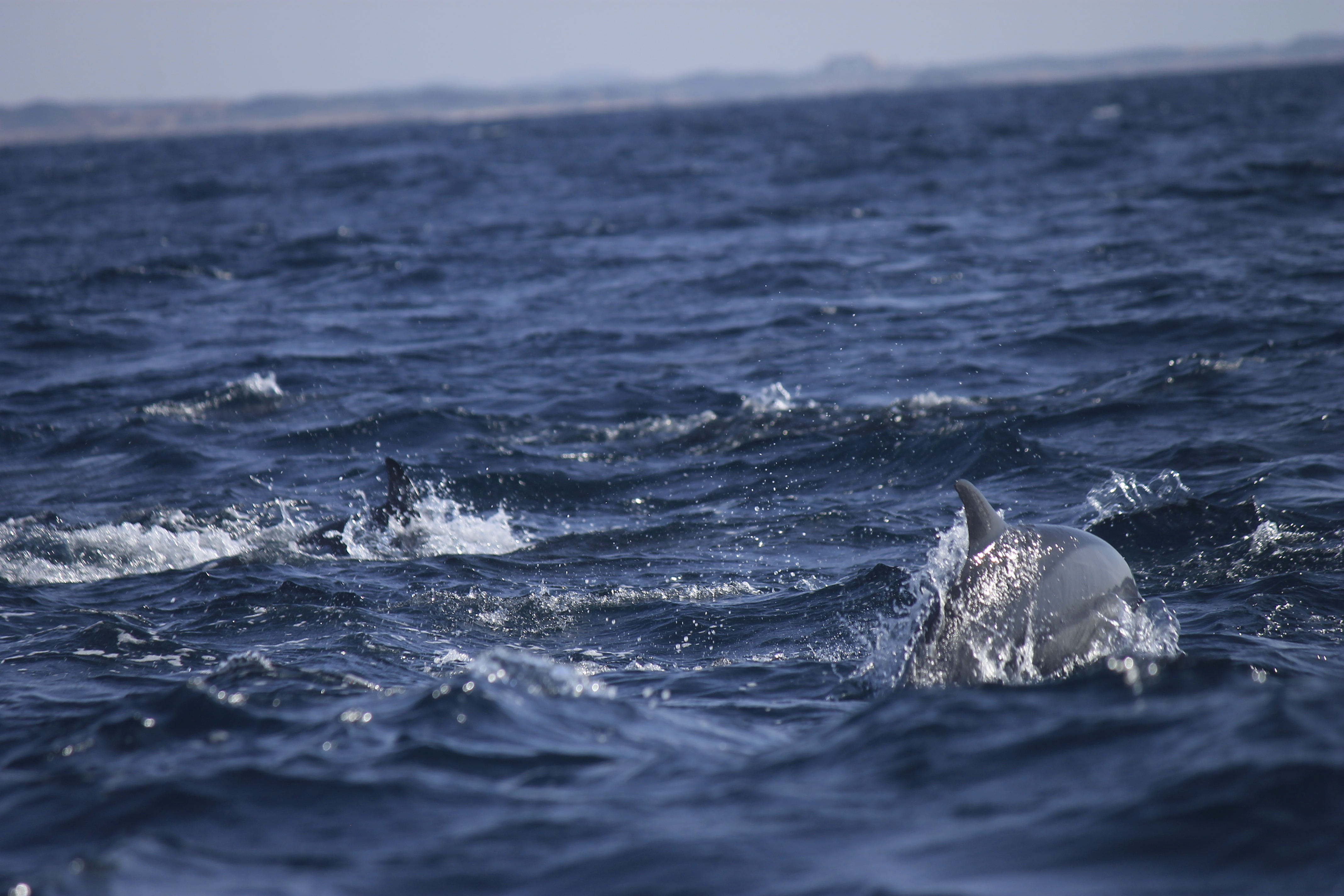 During the Christmas holiday of 2019, i went to Oman looking for Oryx, Gazelle and of course the Arabian Leopard but to my surprise after a week of scanning mountains and driving through Savannah, we hadn’t seen a single land mammal and i certainly didn’t expect that the animal id squeeze a story out of a desert was a dolphin.

We woke up at 5:am and drove to the port for a boat trip my Dad had booked to see birds. We met our captain and he took us to his six seater boat and after navigating through the port, we finally broke out on to the open sea. After about ten minutes we first caught a glimpse of a pod of dolphins jumping in the water but this was very far away and there weren’t very many but i clicked away at my camera expecting that this would be the only mammals we saw all holiday. We then stopped here and there to pour fish oil into the water to attract sea birds but this also attracted something else.

As I looked to the left I stared blankly at a pod of over 150 dolphins heading straight for our tiny boat. Soon they had caught up and I expected them to go around the boat but to my surprise they started following us. They were attracted by the waves our boat made causing them to jump just metres away from us. This species was called the spinner dolphin and they definitely lived up to their name as they demonstrated the coolest tricks that you cant even see in zoos. Some were just curious to look at the boat and would occasionally pop their heads out at a distance you could touch them while others raced the boat with ease as their strong tails propelled them through the water. Photographing them was quite hard though seen as they only emerge every couple of minutes to take a breath so i just faced my camera at the ocean and clicked whenever one was in frame.

They didn’t seem to have anything to do out in the ocean as whenever our boat turned they would follow us since they had nowhere to go so we had a long time with them next to us but finally we had to turn back. As we made our way back to the port the dolphins could be seen on the horizon with the sunset in front of them like some romantic movie. We also past some turtles, rays, fish and sea cucumbers before finally arriving into the port having witnessed one of the coolest things the Arabian sea had to offer.