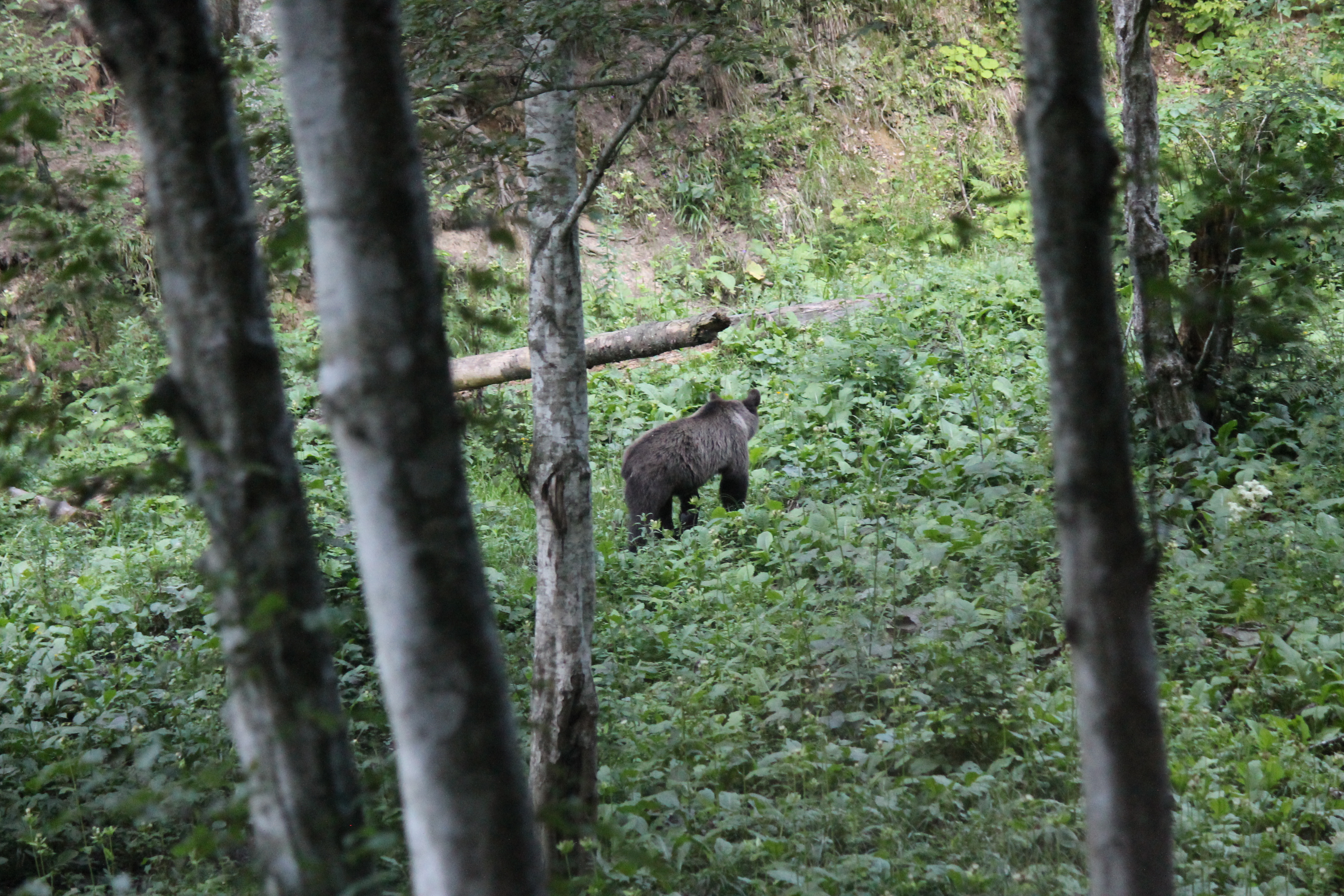 During the summer of 2019 we went to  Brasov, Carpathian mountains, Romanian Transylvania. Romania is home to Europe’s largest population of brown bears with a total population of 6000 so I wasn’t going to leave without seeing one.

We landed in Kluj Napoca and from there headed east and with a quick look on tripadvisor, Brasov seemed like the place to go to see bears. On the first day in Brasov my dad offered to take me on a walk in the forest which I accepted and not long after, signs of bears emerged. We were walking in a forest about 50m away from a super popular ski resort and there were bear tracks just beside it so if by any chance the owner of Poiana Brasov ski resort is reading this, you have a minor child-eating security risk in the forest just next to the childrens playground. Although we didn’t see any bears that day, we knew they were there, so I remained optimistic.

The next day we went to the Libearty bear sanctuary to remind myself what a bear in the wild looked like and this was the best place to do that. It was a great place that rescues bears from very bad conditions, such as tiny bar cages as backyard pets, and takes them to their six hectare patch of forest where they are free to swim in the pools, play on the grass and take a nap far from human sight in there massive forest. It was a great place to train my eye because although there were 106 bears in the sanctuary, we only saw about ten because they were just as well hidden in the bushes and trees as a wild one. The rest of that day we visited Dracula’s castle where BBC Channel 5 were filming a documentary so hopefully i’m on TV but anyways, we went to bed but I couldn’t sleep very well for i was excited for the day ahead.

We woke up normal time to go for a walk in the mountains until 4:00pm and I had been impatient all day but the time had finally come. We drove to McDonalds where we met a guy called Grig who drove us to the gate of the bear reserve. There we met with the park ranger who drove us on a dirt track and dropped us of at a trail with the rest of the group as he went off to put the food in the feeders.

Armed with a can of pepper spray we excitedly advanced towards the hide where we would spend the next two hours. As we came close to the hide (or box of cereal if you’re a bear) A young male ran into the forest and the entire group buzzed with excitement while fighting for a space at the window. We got comfortable expecting to be there for hours until something appeared when the bear came straight back and, oblivious to our existence, it started munching on the pile of fruit and bread the ranger had left, and we all started clicking away at our cameras. After about ten minutes it walked of into the forest and didn’t come back for a while.

I got a bit bored and got off my seat to look out one of the side windows when I saw it no less than 25 meters away, the same brown bear looking at the hide in curiosity. I loudly whispered to everyone to let them know it was here but after about 5 people looking at the bear, it noticed it had been caught and scampered back into the vegetation. It was 10 more long minutes before another one emerged but this time it was a different one and 20 seconds after this bear had appeared another older black-coloured brown bear appeared. As they met there was a small brawl and their roars shook the cabin. In the end, the two settled down and set about doing bearly things. Occasionally the first bear would be seen plodding around the back but apart from that, it was just the two of them until another bigger male came, sending the third black one into a weird, derpy run but the second brown bear stayed. After two tense hours in the hide, it was time to leave and my mum, knowing there were four bears in the premises, shuffled us upfront to the guy with the pepper spray. As we walked out the cabin a bear could be seen to our right running back into the woods.

That was an amazing sighting which ill never forget but it just seemed a little fake so, even though you might question if that is a bear you’re looking at in my story about the “brown bear of Asturias”i do miss a good chase.