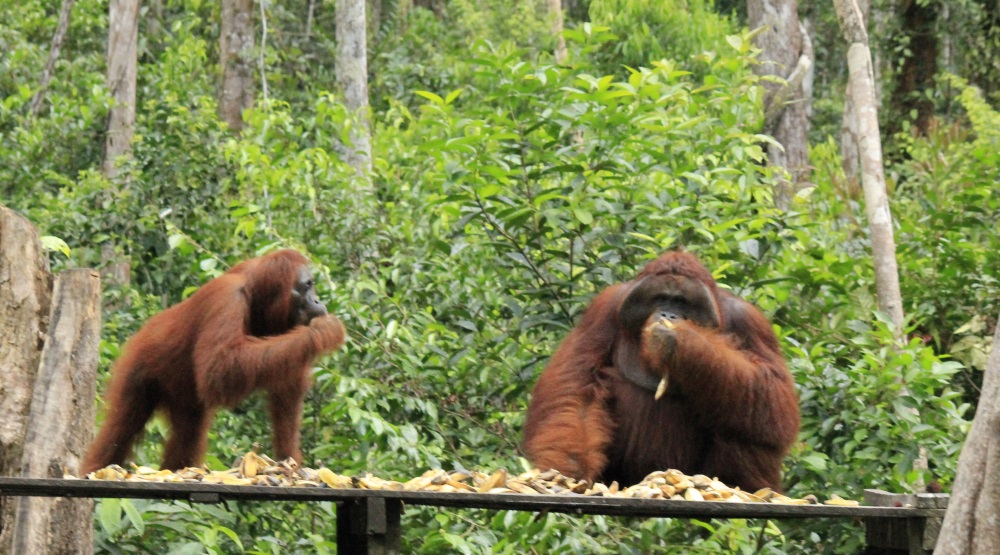 In the summer holiday of 2014 we decided to visit Indonesia (the country I was brought up in) to catch up after a year in Spain. While we were there we went to Tanjung Puting national park on a 3 day boat safari.

An hour after touchdown on the island of Kalimantan we were on a boat pulling away from the dock. We entered the start of the river to be greeted with loud howls and roars from the trees inviting you to explore just a little further and thats when we realized we really were in orangutan territory. Compared to other boats ours was small and therefore faster. We past many boats and after about 3 hours I felt a bit scared because I was in the middle of a jungle but I soon calmed down after passing a rangers hut and a small museum on the river bank. On the first day we had made two stops to look for orangutans and both were successful but they were only females and babies. I was looking for a big male like the concrete one seen at the entrance of the river. On the third and last day we pulled up at our first stop and some bananas were thrown onto a wooden stage. For twenty minutes we looked at a gibbon eating the bananas set for the orangutans when, king-Kong style, a massive male jumped onto the stage almost cracking a plank of wood.